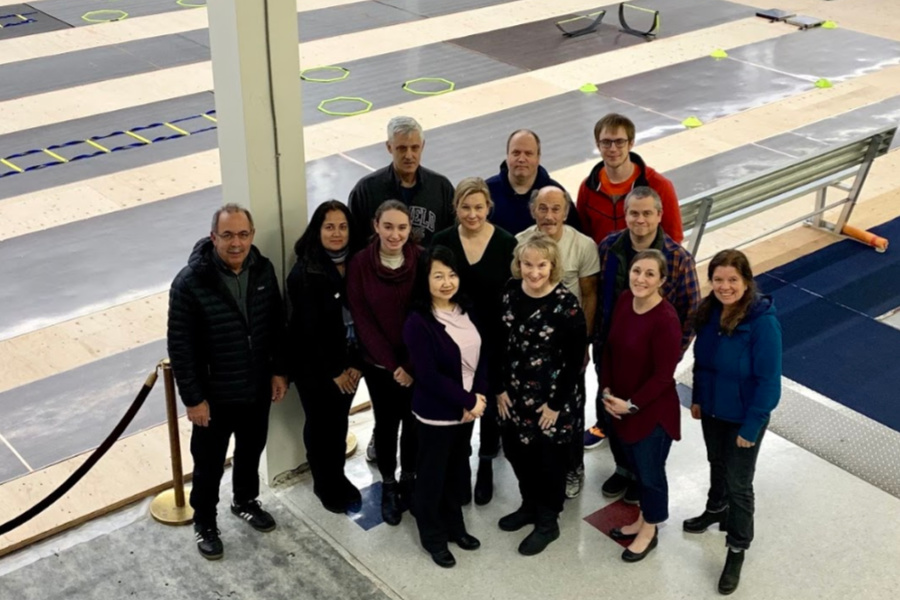 As a non-profit organization, NWFC depends on volunteers who help and serve in many different roles. The NWFC Board of Directors provides leadership and oversight to help NWFC pursue its mission. We thank all current and past board members for their dedication and service.

How can NWFC members stay connected to club happenings and the ongoing work of the Board of Directors?

If you have any questions, or are interested in serving on the board or one of the organizations vital committees, please contact Larry Crepeaux, Executive Director or Charlene Welch, President.

NWFC is a non-profit and committed to keep training costs as low as possible. Volunteers help keep NWFC operating efficiently by assisting in many areas and we always have opportunities. Please visit our volunteer page for current needs.

Charlene Welch joined the NWFC Board in 2017 bringing over 25 years of non-profit program and organizational management experience. Her areas of expertise include planning, fund development, communications, and volunteer management. She looks forward to working with the NWFC Board, staff, and members to advance the mission and successes of NWFC.

Philip barbar has over 30 years of eperience in residential and commercial real estate construction. He has experience with strategic planning and development, project design/administration, client services, marketing, and public relations. In addition to supporting Aiden's fencing, he attends his daughter's track meets, music concerts, coaches a soccer team and likes to ski and fly fish.

Richard King is an East Coast native who transplanted to Silicon Valley to work as a hard-core geek. He grew up in New Jersey, attended MIT for his undergraduate studies, and Rutgers for his PhD. As a professional geek, Dick worked in the esoteric field of Reasoning; among other things, making a serious contribution to ferreting out Y2K* problems in old COBOL code, and writing systems to develop test use coverage for Boeing 777 avionics software. Dick later worked at Yahoo Search and Apple Search. In May 2017, Dick retired, moving to Oregon to spend more time with his granddaughters.

Dick began fencing in 1992 at a Silicon Valley Jewish Community Center, because it sounded like a lot of fun. Dick discovered it suited him; it didn’t require a single spectacular athletic attribute beyond above-average performance in a lot of areas. If fencing doesn’t offer enough aggravation on the strip, Dick also climbs, plays racquetball, runs, bikes, and lifts. In Silicon Valley, he served as Division Secretary, Vice President, and President [in that order] of the Central California division.

Ruth's son Kai has been fencing since 2013. She is a lawyer, mediator and writer. Her mediation experience includes families and business. She has written a book called 'Kidding Around in the Gorge.' Before children, she ran her brother's first campaign for the State House in Anchorage, Alaska where she learned how to fund raise, a skill that could prove useful with the club's upcoming expansion.

Dan Krogh has been a member of NWFC for 24 seasons. Dan has represented the club in regional and national tournaments in foil and epee. He has worked in the tech sector for over 21 years and his area of expertise is Information Technology. Dan has two daughters who are both accomplished fencers. Dan’s passion is the sport of fencing and advocating for our veteran fencers.

Sam has been a a member of NWFC for four years. Before fencing here, he fenced all over the country, feels he can safely say that NWFC is one of the best clubs in the U.S.

"I want to apply my love of the sport, may passion for athletes, and a tin y bit of business sense to help grow NWFC and let it continue to be a beacon of excellence."

Bob Marx has been a member of NWFC since its inception. He has held various positions such as President, Executive Director, and even coach for nine months while searching for a new fencing master. Along the way, Bob made a few Olympic teams.

Michael Pickering is a hydrogeologist at a northwest environmental engineering firm. In this profession, he acts as a project and program manager for a variety of public and private clients. In addition, he has volunteered on the board of a professional environmental organization for over ten years. Michael looks forward to bringing these management skills and volunteer experience to the NWFC Board, in support of the club’s staff and members. He and his wife have been actively involved in the NWFC community since their son started fencing in 2010.

Matt Rosenberg is the Technology Integration Specialist and Athletic Director for the Portland Jewish Academy. Matt moved to Portland from San Diego, where he taught history and coached football and lacrosse. He has worked for Xcelerate/Nike Lacrosse Camps for the past sixteen summers, currently working as a Location Manager and Director of Housing. Prior to teaching, he was the Operations Manager for a marketing consulting firm. He and his wife Kathi have a nine-year-old daughter who is in the Youth One class.

Sherry Shao was born and grew up in China. She holds a Master's Degree in Architecture from Portland State University and is a registered architect in both Oregon and Arizona. Sherry and her family have been enjoying their experience with NW Fencing Center since 2013. Both of her daughters, Jenny and Annie Duan, are actively learning fencing at NWFC.

Laurie Shertz is a life-long Pacific Northwest resident. Her daughter began fencing six years ago at NWFC, transitioned to epee last season, and recently moved up to the competitive program. Laurie is an attorney practicing in Oregon, where she handles complex cases in State and Federal courts. As a result, she frequently assembles and manages teams of experts to provide comprehensive representation. She looks forward to assisting NWFC in advancing toward being a professional, world-class facility where kids can train and have fun in equal measures.

Brooke is a high school sophomore, and has developed a deep passion for fencing since she began the sport three years ago. She hopes to continue to fence well into college. Brooke is not only passionate about fencing, she's equally passionate about making connections and friendships with her fellow athletes at Northwest Fencing Center and beyond. Always wanting to improve, she loves hearing advice from others, and hopes to return the favor by offering tips to new and upcoming students. "I believe that building relationships is one of the most important aspects of a fencing community."

NWFC Bylaws - Adopted by the Board of Directors on 2019-01-28 subject to the ratification by membership of Section 3.5